Taking the Trash Out of Tailgating

Tailgating is big business in the USA, with more than an estimated 30% of spectators taking part in this exciting tradition before each game. It’s not just NFL tailgating, either. In the 2017-2018 season, an estimated 1.62-million fans came out in support of their favorite college football teams, and almost the same number of enthusiastic fans showed support for their local high school football teams.

Whether it’s a small-town high school football game, or the Superbowl, one thing is for sure – tailgating has become such a grandiose spectacle, it rivals the excitement of the sport itself.

However, no event is without its problems, and tailgating is no exception. One thing is overtly present in the halls, lawns, and parking lots surrounding the stadium; an astronomical amount of tailgating-related garbage. 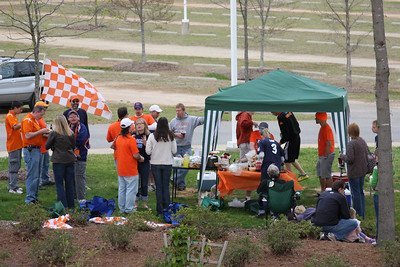 Tailgating Produces Too Much Garbage

Thousands upon thousands of faithful fans arrive early to celebrate each game; they park their cars, RV’s, and even buses on the revered grounds around the stadium. With them, they bring plastic bags, packaged snacks, red solo cups, cases of single-use water bottles, Styrofoam plates, and other garbage that is easily replaced with eco-friendly options. And, unfortunately, as is the case with many stadium tailgating grounds, there isn’t a recycling bin in sight for the piles of tin, glass, and paper waste.

In fact, the garbage left after tailgating events is so substantial, teams of tractors plow it into massive piles, and then fill dump trucks to remove it. For example, the typical garbage haul after one University of Georgia Bulldogs football game is about 35 to 40 tons of trash. Now just imagine how many college and NFL football games take place across the country every week; there is clearly a waste epidemic. 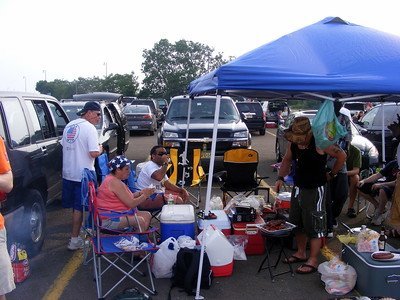 How to Make Tailgating More Eco-Friendly

The good news is, tailgating can still be fun and Earth-friendly by making a few simple changes. Being a more environmentally-conscious tailgater may take a little bit of upfront creativity and preparation, but it is well worth the extra effort, especially since it may be more wallet-friendly too.

This one should be obvious, however many tailgaters don’t consider advance preparation of snack foods for the day. Plenty of thought goes into marinating and cooking meats and side dishes, however snacks seem to be a forgotten necessity. Instead of using plastic bags of chips and pretzels, consider baking cookies, cutting up fruit, and even making a fresh veggie platter. It’s not only better for the health of the planet, it’s healthier for your fellow tailgaters, too.

The easiest switch to make is from the traditional red-solo cups to reusable travel cups; they don’t need to be anything as expensive as a Yeti, either. In fact, department stores like Target sell highly durable, Yeti-style travel mugs for under $10. If you’re joining a group of friends at the tailgate party, kindly request they bring their own reusable cups, too.

Secondly, invest in a large, portable water cooler. You know, the round ones with a spout? You can bring a surprising amount of water with you anywhere you go. And of course, replace Styrofoam plates with re-usable metal, wood, or plastic ones (ceramic isn’t recommended because of the break-ability factor). It may be a little more expensive up front, but in the long run this is a much more affordable way to tailgate. Forks and knives, table clothes, and everything else you need to tailgate can be bought in reusable form, too. 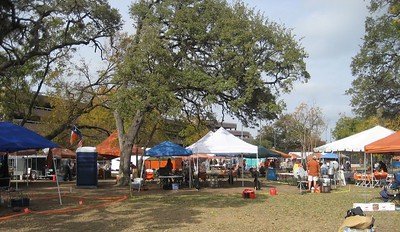 Much of what contributes to the large-item garbage at tailgating parties stems from one thing; buying gear that is so cheap it may as well be disposable. Poorly made gear that breaks easily or tears after just a few uses is not only bad for the environment, it’s also a serious waste of money. If you like to grill at tailgating parties, invest in a good quality camping grill that will last years, not days. You can often find gently-used items like these in online local buy and sell groups.

Tailgating is not just about eating and drinking, either. It’s about celebrating your favorite team in a space that you’ve made your own. If you’ve walked around a parking lot before a game, you know what I mean; team-branded decorations, signs, and banners, tiki torches, sound systems, flat screen TV’s, and even couches can be found. That’s right, people are willing to unload an entire sofa to make their tailgating space feel more like home. So it really shouldn’t seem like that much extra work to bring reusable cups and forks either, right?

Making your tailgating space unique is a big part of what makes tailgating so special. The finishing touches are important, too. Consider investing in a durable, easy to clean outdoor rug to finish off the whole look. Of course, we recommend the Mountain Mat, an eco-friendly, recycled polypropylene mat that not only looks awesome, it will be game-day ready for years to come. 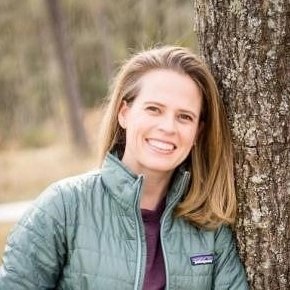 Jennifer is the Founder and Creator of Mountain Mat, LLC, the USA’s first 100% recycled plastic, reversible, outdoor recreation mat. As an avid outdoor recreationalist, Jennifer has hiked and camped in some of the world’s most remote places alongside her husband and three children. Learn more about The Mountain Mat Story.

Earth Day: 7 Easy Things You Can Start Doing Today to Make a Difference

How Much Does a Mountain Mat Weigh?

Can I Leave My Dog in the RV Alone?

What Dog Supplies Do I Need in My RV?

Claim your space with news
from Mountain Mat